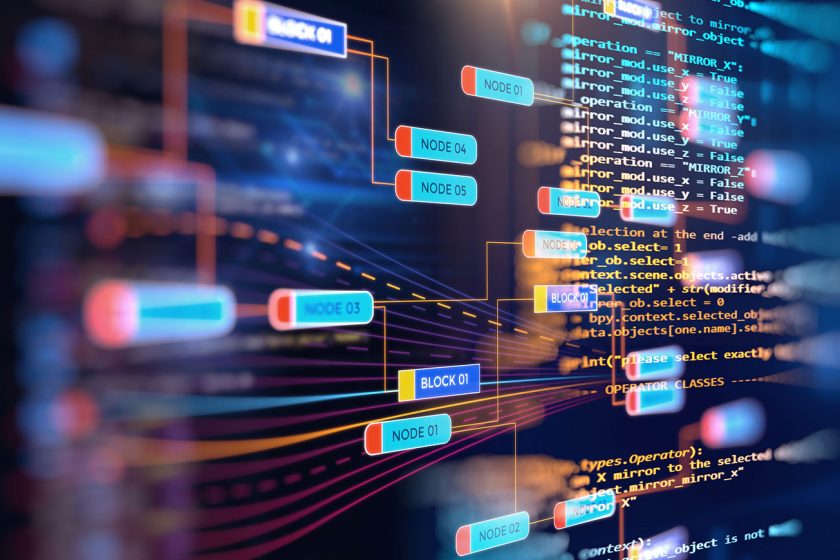 On March 30 2021, Her Majesty’s Revenue and Customs released guidance specifically describing how crypto digital asset staking should be treated for taxation purposes. It has been assumed previously that staking comes under the umbrella of mining, thus the same guidance has applied.

This supports the case that crypto staking displays similar characteristics to royalty finance. Inc.com encyclopedia defines royalty finance as a relatively new concept that offers an alternative to regular debt financing (loans and trade credit) and equity financing (venture capital and stock sales). In a royalty financing arrangement, a business receives a specific amount of money from an investor or group of investors.

Royalty financing arrangements offer a number of advantages to small businesses. Compared to equity financing, royalty financing enables entrepreneurs to obtain capital without giving up a significant ownership position in the company to outside investors.

The term originated from the fact that in Great Britain for centuries gold and silver mines were the property of the crown; such “royal” metals could be mined only if a payment (“royalty”) were made to the crown. Therefore it is not surprising that the mining industry was the first to utilise royalties as a financial instrument.

It’s not only the mining industry that royalty finance has impacted. Royalty Pharma was founded in 1996 based in New York city, and is a £18.5 billion NASDAQ listed pharmaceutical company that funds innovation in life sciences through acquisition of intellectual property specifically in the biopharmaceutical sector. In 2018 alone, Royalty Pharma collected $499 million worth of royalties from nearly $20 billion of sales of Humira drug for sufferers of Crohn’s disease. A royalty its CEO Pablo Legorreta acquired in 2006 for $700 million from AstraZeneca, when the drug generated $2 billion annually.

Among the better known and more glamorous royalties companies are Round Hill Music, founded in 2010, which acquired the North American rights to the Beatles, as well as worldwide rights to the Rolling Stones, before doing an IPO on the London Stock Exchange in 2020. Hipgnosis Songs fund founded in 2018 again by listing on the London Stock Exchange has been making news with such album and song acquisitions by Rhianna, Beyonce, Shakira and many others.

In general royalty finance is best known within the music and media industry. As mentioned the two song funds have pioneered the songs as an investment asset. But the importance of royalties has existed within show business for many years.

The concept of musical copyright had its beginnings in the reign of King Henry VIII of England who required copies of all printed matter to be sent to him and offered protection to printers in the form of licenses, primarily to produce a new source of revenue. In 1575 Elizabeth I granted Thomas Tallis and his pupil William Byrd a 21-year patent monopoly on the printing and publishing of polyphonic music.

While England was a leader in the development of copyright, the French led the way in performing rights. In 1777, Pierre de Beaumarchais founded the “Bureau de Legislation Dramatique” which became the present Société des Auteurs et Compositeurs Dramatiques (SACD) in 1829. Many years later, in 1847, this inspired the composer and librettist Ernest Bourget to claim payment for each performance of his works at Les Ambassadeurs, a leading Café-concert venue of that time.

Royalty Finance in the Mining Industry

Royalties in all forms emerged 40 years ago and now represent a £50bn industry. Some of the largest royalties companies that exist are still operating in the mining industry such as Franco-Nevada Corporation a £19.5 billion publicly listed company on the Toronto and New York stock exchanges. It is the leading gold-focused royalty and streaming company with the largest and most diversified portfolio of cash-flow producing assets.

Royalty finance companies, sometimes called streaming companies, serve a special role in the mining industry. This includes such companies as Trident Royalties plc, who have acquired a 60% stake in an existing royalty stream from the Thacker Pass project, the largest lithium reserve in the US. Another royalties company is Anglo Pacific Group plc, the only royalty and streaming company listed on the London Stock Exchange, with a diversified portfolio of 15 assets across 5 continents and in 10 commodities.

A royalty company in mining serves as a specialised financier that helps to fund exploration and production projects for cash-strapped mining companies. In return, it receives royalties on whatever the project produces, or rights to a “stream,” an agreed-upon amount of gold, silver or other precious metal, in the same fashion that miners had to pay for the privilege of mining royal metals to the King of England many centuries previously.

Many tech savvy crypto users might have never looked upon the mining industry favourably, which often comes across as outdated and belonging in the past. Images of labour exploitation, devastation of the environment, pollution and the corruption of lower economically developed countries came to mind while thinking about ‘mining’. Similar arguments have been said recently about Bitcoin’s energy consumption and in general crypto’s proof-of-work consensus has not only raised questions about the sustainability of this relatively new industry. However, it has also paved the way for such companies as Argo Blockchain Plc, again a publicly-listed stock company which focuses on energy efficient blockchain technology and large-scale cryptocurrency mining.

Miners are awarded Bitcoin whenever they add a new block of transactions to the blockchain, which they can later sell on the market to fund operating costs or simply just to cash out. Transaction fees are another source of revenue.

The second most popular crypto asset to Bitcoin is Ethereum which is transitioning from Proof-of-Work to Proof-of-Stake but it is still being mined. Using April 2021 ETH exchange rates and $0.12 per kilowatt-hour (kWh), the Innosilicon A10 Pro+ miner (750 MH/s) captures over $77 per day in profits. The company’s lower-end model which does 500 MH/s can obtain $51 per day leveraging today’s ethereum (ETH) exchange rates and $0.12 per kWh.

Crypto Digital Assets such as Bitcoin are a store of value similar to gold which can be used as a collateral against a loan in stablecoins which can be equivalent to any fiat national currency. The price for Bitcoin is that of a digital asset, as any asset its price can move up and down but due to its supply being finite Bitcoin price is expected to appreciate in value over the long term just like land and any other real estate property.

While Bitcoin is considered as a Digital Asset, staking Ethereum for its upcoming Proof-of-Stake yield is not just investing in assets but putting your capital to work.

“Digital oil,” if you will, to Bitcoin’s “digital gold.”

This doesn’t mean that ether won’t end up on corporate balance sheets. Rather than as corporate reserves, it’s more likely to do so in working capital. Bitcoin is a technology bet – Ethereum is a bet on a whole new type of connectivity and innovation layer. And its technology is not yet fully formed.

As Ethereum transitions into a proof of stake from proof-of-work which pays participants to process ethereum transactions by mining or more correctly put, by validating transactions into blocks also displays royalty finance characteristics.

Staking your coins to validate transactions provides constant passive cashflow rewards. A whole industry has arisen around staking, or as some call it yield farming. A data provider for staking, Staking Rewards, currently tracks 189 yield-bearing digital assets. Using the data from these assets it has calculated that the average reward rate of yield as of April 2021 is 17.09% from 7937 qualified providers of staking services.

The case for Crypto Digital Assets as Royalty Finance

To support or claim that crypto digital assets should be considered under the umbrella of royalty finance, we see the following characteristics:

From the following characteristics we can see many similarities between the old ways of royalty financing in the mining sector and the new digital asset and currencies emerging in the blockchain. Not only do they use such terms as crypto mining or staking, which allows the investors to earn constant yield or dividend, but also if we look at DeFi (Decentralised Finance) it’s more similar to royalty finance. Duke Royalty plc provide long term debt financing with no principle to pay back after 30 or 40 years of repayments based on a % of the company’s revenue. This is very similar to the Compound.Finance or AAVE protocol which provides ongoing passive cashflow income for the crypto digital assets lent via their protocols.

Another more obvious industry that crypto has been making inroads into are NFTs and their impact on the music industry. Zach Burks and James Morgan authored an “Ethereum Improvement Proposal” or EIP-2981 to create an ERC-721 Royalty Standard. The main motivation of this is to create a modified NFT standard so that NFTs created, purchased, or sold on one marketplace still pay out royalties regardless of the next marketplace it is sold on. With this standard, it would be possible for the artist to set a royalty amount that can be paid to the creator on any marketplace that implements these tokens.

Blockchain company ConsenSys was selected last year by the Mechanical Licensing Collective (MLC), with the Harry Fox Agency, to modernise music royalties data and payments over the next several years. The MLC portal, largely built by ConsenSys, launched in January and is still evolving. There are already roughly 48 million songs, and 9,400 music publishers on it, and they just inherited $424 million in unpaid royalties (“the so-called Black Box”).

This is why crypto digital assets should be recognised as part of royalty finance, especially if they generate a passive yield cashflow income such as staking, lending or the upcoming royalty rights yielding NFTs. Royalty Finance Ltd company was founded to utilise this possibility of constant income from crypto digital assets to generate a dividend for investors who helped to raise capital to acquire the assets in the first place. That is why our main focus has been proof-of-stake ethereum blockchain participants and DeFi platforms such as Compound and AAVE.